The LAGUIOLE-1850, which some people also call LAGUIOLE-DROIT, is the first knife made in Laguiole, Aubrac. This is the original Laguiole. Subsequently, the shape of Laguiole has been changed. Many myths and legends are still related to LAGUIOLE: - A young blacksmith named Pierre-Jean Calmels "invented" him in 1828 - This is a summary of CAPUCHADOU, the poniard of the peasants of this region, and a knife from Spain, NAVAJA - the shepherd's cross in small metal nails on the handle comes from ancient times. It was used by shepherds, left in pastures with their animals, to be able to pray. - The "fly" was the insect that accompanied farmers everywhere in the region with which they decorated their knives. Others maintain that it is not a fly, but a bee, which was the emblem of Napoleon. 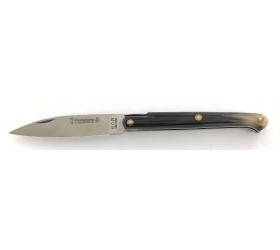 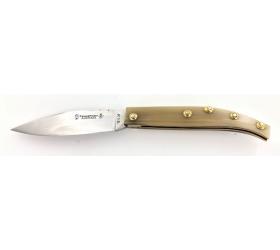 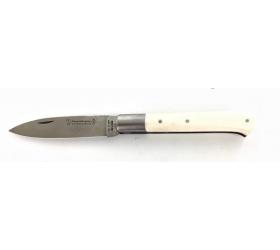 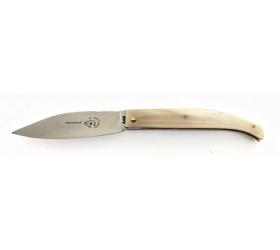 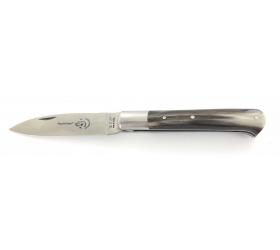 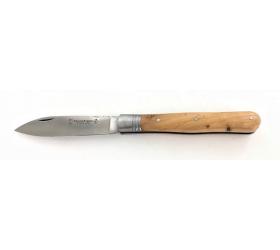 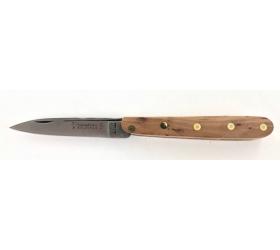