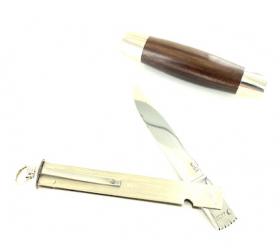 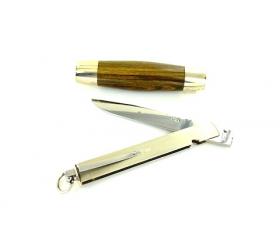 Jean-Michel Remaud is a French cutler.

He makes barrel knives with his very special opening and closing system. It is a knife of Swedish origin.

This very specific closing and opening system was invented by Jakob Walfrid Engström in 1874.

Jean-Michel Remaud took over the operation of the barrel knife which is very simple, very practical and reassuring.

The folding knife and the handle are in two parts.

All knives bear the JMR mark on the blade.